What's in a Photo? A candid interview with Raymond Thompson, Jr. (part 1) 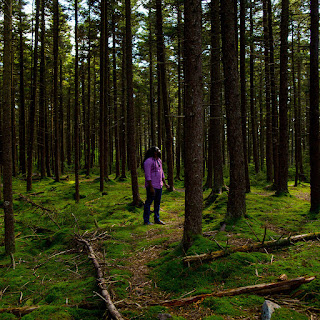 What's in a photo?

As the old saying goes, ‘a picture is worth a thousand words.’  This is still true in today’s galleries as artists work to maintain the delicate balance between self, story, and subject as they attempt to share untold stories and perspectives with the world.

I had the wonderful opportunity to interview Raymond Thompson, Jr., an artist disguised as a photojournalist, whose project “Appalachian Ghosts” is on display in the Gallery @Studeo-PAR through July 2022.

We chatted candidly about how he sojourns this path using his background in journalism to root his work creating subjective archives of the Black experience in American history.

On his journey to photojournalism:
“When I started school I wanted to be a biologist… something practical… so I stumbled through trying to find something super practical.  But Northern Virginia Community College had a photography class.  So I started taking those darkroom classes and it was like ‘ooh this is cool.’
I fell in love with photography then, but this still wasn’t really a career option at that point. But at some point, I ended up going for it.  I ended up moving to Chicago to go to school there for a little bit, but I was broke, and photography is expensive.
I could only afford two rolls of film each week. So that was 64 pictures each week to do all my photojournalism assignments. The most important lesson I learned was to be present in the landscape you’re in. I learned to take in the smells, tastes, and all that stuff. All those details really help you connect, which helps you make better photographs.”
On being a Black kid in West Virginia:
“Coming up as a Black male… in the 80s… the war on drugs was really raging on TV… and it’s like oh my God, I don’t like myself because all I’m seeing is these representations.  Then combine that with all the pop culture representations and films, those constant Black males as predators really messed with my head.
Later on in my career, I turned to photojournalism to help me work through some of these issues, but I soon realized that maybe this wasn’t the right path for me.

I began to lose faith in journalism... in its inability to render Black people without bias.

The first project:
During grad school, I did a project called “Justice Undone” which looked at the prison industrial complex through the lens of black communities.  I was interested in examining the financial impact  of mass incarceration on the ability of black communities to thrive. 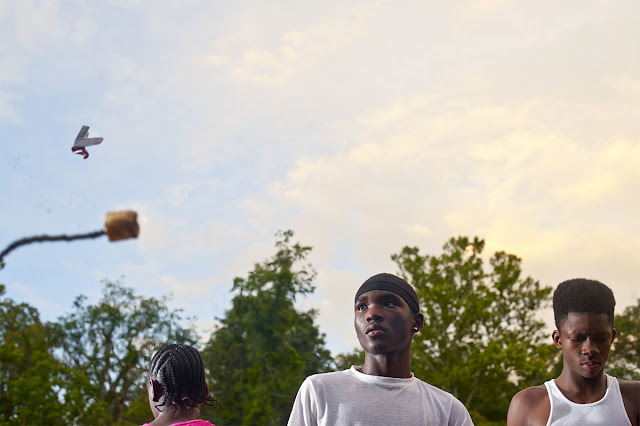 Then, things changed: In 2016,  I began to lose faith in journalism. I didn’t stop believing in it as an important part of understanding the world, but I lost faith in its inability to render Black people without bias.  It got complex.
I began to ask myself who am I making these images for? Am I making images to make Black bodies palatable to an audience that is most likely largely white folks?  Is it allowing the white folks to say “Oh, at least I’m not them’? And that became problematic to me.
A pivot of perspective:
"I wanted to pivot who my audience was. I hope the primary audience for my work is Black folks, then everyone else."
My first attempt at an art project was “Imaging/Imagining.” I read a book called Black Faces, White Spaces by Carolyn Finney.  That book looks at the African American experience in the American landscape.  So I started to think about my own experience with nature, like my family doesn’t camp.

So where did that come from?
I decided to google ‘white people in trees’ and ‘black people in trees’ and got two very different sets of pictures.  One being leisure, enjoying wild spaces and the other being images that showed lynchings.  So I wanted to contest this archive that I found of Black people in the woods and I wanted to make pictures of black folks engaging with the space.  It was my first attempt at creating a speculative archive.  Next time a Black person googles ‘black people in trees’ they’ll find my pictures too. I’m obsessed with HLT Quan’s phrase ‘It’s hard to stop a rebel who time travels.’
I’m trying to manifest that idea in my work. I’m trying to weave past, present and future in a way I don’t understand yet. 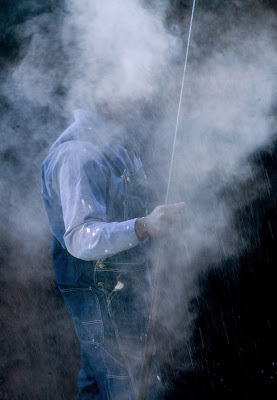 An artist has been identified:
“From there I decided to go to art school because I need to create more space to do more of this type of storytelling… and that’s when I started working on ‘Appalachian Ghosts,’...  which is a direct look at the contribution of Black folks in the American archives and spaces where they should be.
We should be all over that story because Black people were the majority of the people working in that space.  But in the few videos that are available it’s mostly white people talking… Why is that?
For me it was about addressing the missing Blackness from these stories.
I’m trying to challenge the white gaze and contest the ways that gaze acts as a form of surveillance over black people. The tobacco leaves in my project, the trauma of white light,  are my attempt at addressing the white gaze on Black folks and I’m going to try to keep doing that.
We have all these historical texts that historians use to define the past. But, I believe these text in the wrong hands function as acts of violence in their own way. So I want to take look at how Black people took control within institutional slavery, how did they get away from that surveillance. Then I want to pull that into the present and I want to imagine how does that look now and how could it look in the future?
I believe all these things are related, the white gaze, the visibility of Black bodies and making photographs that question society’s right to look?
The Black body has so much weight on it in western culture, it means so much.  It’s that double consciousness thing Du bios was talking about… All bodies, white, brown and black carry different meanings, but Blackness has an extra set of meanings, categories and codes that people assign to you and that you can’t escape from. That all comes from the eye.
It all comes from seeing and photography is a tool of that.”

By Jonathan Sears November 30, 2021
If you were around to remember . . . You may recognize the scene in the photo above. It's from our original scramble — the one that created the energy that led to the creation of PAR-Projects. We had just been illegally evicted from our original gallery space and 4,124 days ago, Cincinnati Enquirer thought you should know about it. To those of you who have been following along since those early days, thank you. When that photo was taken, all we were trying to do was figure out how to exhibit the year's worth of programming that we had planned. And well, as fate would have it, those two UHAUL trucks, a generator, some hazard lighting, a few hand-built stairs & a bridge proved to be a noteworthy solution. The crazy thing is in 10 years (+ 1 COVID year), that 300 square feet of mobile rental space has grown into over 20,000 square feet of indoor space & over 10,000 sq/ft of outdoor space . . . that we are thankfully able to own. Yep! That's the future of our campus pi
Post a Comment
Click here to Read a little more »

By Jonathan Sears April 01, 2022
Most of our conversations, at least the most memorable ones, happened over lunch. Soup and salad; that's what we did. We chatted about which fresh vegetables from the garden made it into that day's lunch and we chatted about techniques that were perfected for that day’s soup. “Remember Jonathan, always save a little of your stock for the next batch. That’s how the French do it. It keeps your flavors alive — balanced.” The Dr. Driskell I knew was a humble man — an artist of media and an artist of life. And while we hung out in his Hyattsville studio from time to time, woodblock printing and encaustics weren’t really my thing, so our connections were much more about finding ways to live and breath as an artist. From time to time, he’d give me a lead on some art finds — a rare Romare Bearden for example — but really, most chats of ours were just about life. Still, he knew I was an obsessive maker in the digital media/sculpture realm, so from time to time he’d make sure to note tha
Post a Comment
Click here to Read a little more »

By Jonathan Sears January 21, 2020
Photo by: Emily Palm for CityBeat Cincinnati As an organization, we push ourselves to the limit, sometimes a bit beyond. And from time to time, through these efforts, some extremely favorable opportunities present themselves. Call it luck. Call it dedication. Call it fate. What we know is that the BIG THINGS often happen unexpectedly and often would not be possible without others appreciating the day-to-day work we're putting in to create impactful movements throughout and alongside our community. A big "THANKS!" goes out to Steve Rosen and the staff of City Beat Cincinnati for highlighting our largest initiative to date, Studeō PAR- ... our efforts to create a welcoming, diverse, and inclusive artist community, here in Northside  Cincinnati USA. Click HERE or follow the link below to read what we're up to. https://www.citybeat.com/arts-culture/visual-arts/article/21111388/nonprofit-parprojects-looks-to-create-a-permanent-arts-complex-in-northsides-old-i
Post a Comment
Click here to Read a little more »